Commentary on the Market: 3rd Quarter 2016

The Federal Reserve Bank is beginning to sound like a broken record with its on again off again commitment to raise interest rates. One of the key arguments for holding rates at their current low status is that inflation remains low. There is a concern that if rates are raised or are raised too quickly that this action would disturb a slow recovering economy. The Fed uses interest rates to control inflation, raising rates when the economy is heating up and lowering rates when the economy is sluggish. We experienced this following the recession that began in 2007. They are using an inflation rate of 2% as a target to begin raising rates. Inflation is remaining short of that figure. However, there are specific sectors of the economy that are growing well above the 2% rate. Food prices, which have been dropping this year, are beginning to accelerate. Oil prices are beginning to move slowly upward. Housing and rental costs are up above 3% this past year and have accelerated for the past six years. Medical costs have risen over 4.5% this past year. My suspicion is that the Fed will begin a gradual raising of interest rates in December. If the Fed delays raising rates again, they face the danger of some of the underlying sectors continuing to accelerate, with food and energy prices rebounding to new short-term highs. This could put the Fed behind the eight ball and they will have to play catch up by raising rates on a more frequent basis, which might put an aggressive squeeze on the economy.

The U.S. Department of Labor’s September employment report indicated that the U.S. added 156,000 jobs last month, and the unemployment rate clicked up to 5% from 4.9% as more Americans are seeking employment. Job growth has averaged 178,000 new jobs a month so far this year. Unemployment rates under 5% are indicators that are used to measure full employment. This takes into account those Americans that are not entering the job market because they have tired of the process or have chosen other directions, such as retirement.

Eventually, the high percentage of the working population will have an inflationary impact on the economy. Wages have risen 2.6% this year versus a 2% gain only two years ago. As I have stated in the past, more workers are receiving a paycheck and are spending more money in the economy. This will increase the demand for core goods and services, which will spur inflationary pressure. As I mentioned earlier, I sense that the Fed will begin to marginally raise interest rates beginning in December in order to get a jump on any hyper inflationary surprises.

I will offer only a short note on the upcoming Presidential election and its impact on the markets. Needless to say, the Presidential race has been ugly and in my opinion an insult to the American people. We deserve better. Regardless, there is always tension going into a Presidential election. Volatility generally accompanies the campaign rhetoric with the financial markets moving forward in a positive direction once a President has been selected. I believe that this will be the case following this election as well. What are the takeaways? We will get through the muck of this election, as we have with so many others. There is certainly precedent for what we are experiencing. We will continue to build our economy and we will maintain our place as the premier financial engine in the world. We will experience continuing volatility for some time to come, but I have confidence in the principles on which this country has been built and the people of the United States. I am confident in our financial future. 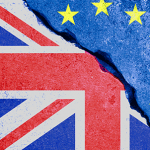 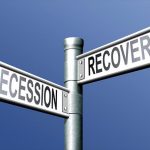