Commentary on the Market

Looking back on the past three months, we have seen a revival of negative news centered on Greece and China. Additionally, there have been lingering concerns regarding the Federal Reserve Bank raising interest rates and potential earnings shortfalls when second quarter reporting season begins in July. These factors have resulted in a return of market volatility. This seems to mimic the first half of 2014. The first half of 2014 was impacted by the financial crisis in Portugal, Italy, Greece and Spain (PIGS) and the limited growth in the first quarter of 2014 in the U.S. that fell considerably short of the blistering pace of economic growth in the last quarter of 2013. Ultimately, the markets came alive in the second half of 2014 and finished the year firmly in the black.

The European Union is embroiled in stern discussions with Greece in an attempt to resolve the Greek debt issues. The global concerns about Greece are certainly not because their finances have an overwhelming impact on the world. Greece’s domestic production only represents 2% of the Eurozone and a micro portion of the world economy. The concern lies with a potential domino effect with other financially trouble European nations if Greece fails financially and exits from the Euro currency. As I write the recap of quarter two of 2015, the Greek parliament has voted to approve austerity measures proposed by its creditors, mainly driven by Germany and France. For now Greece will maintain the Euro Dollar as their prime currency.

China has been rocked by huge stock market losses. Preceding the losses, China was propelled by huge and inflated stock market gains. The government has stepped in to intervene. Major brokerage companies, along with the Chinese government, have stepped in to create a stabilization fund to shore up falling stocks and maintain liquidity. On a short term basis, they have also limited large investors who are affiliated with publicly traded companies from selling their own stock. In many instances the government has required them to hold the stock for a minimum of one year. Again, as of this date Chinese markets appear to have calmed down.

The U.S. Federal Reserve bank continues to signal that it will eventually raise short term interest rates. Growth in the U.S. economy justifies a future rate increase in the minds of the Federal Reserve Governors. The issue is when will they act to raise rates? They are continuing to target a 2% rate of growth through 2015. The number of new jobs being created is growing at a relatively calm pace of plus or minus 225,000 new jobs per month; payrolls are expanding (although wage increases have been tepid), retail sales have maintained a steady pace and new housing starts are in growth mode. The question of when the Fed will act to raise rates is in part being dictated by Euro Zone issues and whether the rising U.S. Dollar hinders our trading partners from buying more expensive dollar denominated goods. With all things being considered there is still a chance that the Fed will raise rates marginally by year end.

And finally, what will the second quarter earnings season look like when all is said and done? Earnings season started with Alcoa (the first to declare earnings) falling short of analysts’ expectations. Demand for aluminum products was down due to dropping demand from China. China has seen their red hot economy slow down. China has primarily been an export nation that has limited domestic consumer demand. The Chinese government has been the biggest consumer of raw materials such as aluminum. On the upside, the early reports from the U.S. financial sectors shows the big banks accounting for significant growth. This in part reflects the banks having paid down multi-billion dollar fines to the U.S. Government for currency manipulations and an assortment of other violations as well as massive efforts to streamline operations. We are also seeing positive results from healthcare and biotech companies.

I foresee a reasonably positive reporting season. Although not robust, we should see promising future earnings, with better results to come in the third and fourth quarter of 2015. My favorite sectors continue to be healthcare, technology and the financial sector. We appear to be headed for a repeat of 2014 with most of the stock market growth coming in the second half of the year. 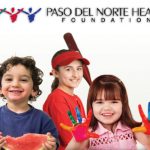 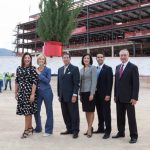 GIA in the Community: The Hospitals of ProvidenceTicker