The first half of 2017 has turned out to be productive for equity growth, with the major stock indexes providing healthy returns. The S&P Total Market returns have eclipsed 8% through the first six months of the year without seeing the dramatic volatility that we have seen in recent years. Apart from energy and telecommunications, the other sectors of the economy have posted strong gains to start the year. Despite the never ending partisan squabbling from our elected officials, the overall mood of the economy and the markets is solidly positive. More often than not, the engines that run our economy function just fine without interference from politicians, regardless of party.

The market numbers are healthy considering the lack of economic stimulus from Washington. It’s obvious that market fundamentals, solid economic data, and strong corporate earnings are moving stocks upward. With respect to economic data, job growth remains steady and the unemployment rate continues to track around 4.4%. I have mentioned in previous commentaries that 4-4 1/2% unemployment is considered full or close to full employment by many economists. Wage growth is advancing at roughly a .2% rate. Jobs growth has been steady and consumers are more confident in their ability to pay bills and to spend on discretionary items such as vacations and entertainment. These factors play a supporting role as the Federal Reserve Bank moves forward in raising interest rates gradually. The bank governors have determined that it is wiser to raise rates gradually in order to manage economic growth at a moderate pace rather than chasing inflation and having to raise rates more aggressively, after the fact.

Looking forward to the second half of the year, it is difficult to imagine that low market volatility will continue in the way that we have seen in the first six months of 2017. We will most likely experience more volatility both up and down in the months ahead. One key factor to consider as we move further into the year will be whether corporate earnings can continue to deliver positive results. With a low unemployment rate and wages growing, consumer spending should continue to grow at a modest pace. I believe that this will play a positive role in corporate earnings continuing to grow. The pace of the market acceleration in the second half of the year may not be as strong as the first six months, but I do believe we will see a positive outcome as we move toward year’s end. With that said, we have not had a market correction of any significance in quite some time. It would not surprise me if a poor earnings report from one or two key corporations might prompt the markets to pull back from the current highs. This is not the end of a bull market, but adjustments do take place in all bull markets and they are necessary. Likening the markets to an auto race, cars need to make pit stops in order to get new tires, make adjustments and refill their gas tanks. Then, they are back to the races. Markets need to relax as well, make adjustments and return to work with a clearer perspective of what is ahead.

As always, I am available to take your calls directly and address any thoughts or answer any questions that you may have. 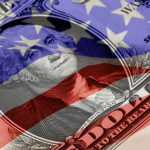 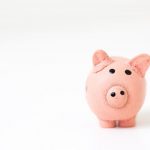