The economic expansion continues after beginning its recovery in 2009 following a major market meltdown in 2007 and 2008.  Although it has not been a volcanic rise, the growth has been steady and has incorporated all major industries.

The Federal Reserve Bank has long targeted a 3% (GDP) growth rate as its key focus and a sign that the economy has fully recovered.  We have seen occasional quarters hit the 3% mark, but the overall average is closer to the 2% to 2.5% range and should remain at that level through most of 2018.  The “Fed” remains focused on gradually raising short term interest rates to stay ahead of economic growth.  The logic is to control the economic growth rather than be surprised if a major growth spurt occurs and forces the Bank to raise rates after the fact.  With the unemployment rate remaining below 4.5% the economy will eventually become more robust.  I have mentioned in past newsletters that 4% unemployment is considered close to full employment.  In simple terms, the more people that are working the more people are earning wages and spending on goods and services.  This eventually will increase the growth rate of our economy.

The hurricane season was not kind to several sectors of the economy.  The auto manufacturers and the homebuilders were particularly hard hit during the end of the third quarter.  However, the fourth quarter and most of 2018 should significantly benefit the homebuilders as many people affected by the storm begin the task of rebuilding their lives.  Following the fire disasters in California, the rebuilding efforts will begin there as well.  This should further benefit those industries that produce products associated with the building trade.  The automakers were beginning to make a comeback in the third quarter following a lackluster first half of 2017.  They were slowed temporarily during the month of September while the hurricanes hit the Gulf Coast, the Southeastern states and numerous islands in the Gulf of Mexico.  It is difficult to put a growth number on the sale of automobiles and light trucks following the storms and the fires in California.  However, there will be many Americans and Gulf islanders seeking replacement vehicles.

Allow me to add several notes of interest for economic growth in the third quarter of 2017.  Estimates for real personal consumption are targeted at 2.3%.  It is important that we look back at the shrinking unemployment rate.  We the consumer are ramping up our spending, and more of us are working.   Additionally, there is pronounced growth in the business sector.  The overall growth in the purchases of business equipment and intellectual property grew at 4.9% rate, with business inventories picking up steam in the third quarter ahead of what we saw in the second quarter.  This is again business building up to satisfy consumer demand on goods and services.  Military spending was up in Q3, but public spending projects were down over 1%.  This is a move from heavy spending by the government to more spending coming from the private sector.

What does this all mean to the individual investor?  It means that although the overall economy is not breaking records, it is moving progressively forward with consumer spending playing a big role across the board.  When you begin to add in the replacement of homes and automobiles following the natural disasters that we have seen recently, the 4th quarter and most of 2018 should show a strong uptick in GDP or economic growth.

The investment markets should show a rise in most economic sectors.  So far this year technology, healthcare and materials (iron, steel, paper products etc..) have led the charge.  With the continued development of the economy we should see the financial markets, the industrial sector and consumer discretionary jump on board.  Technology will continue to surge forward and materials will play a big role as homebuilders and automakers speed up production.  Consider putting in a core fund (S&P 500) into your investment decision to take advantage of a rising market.

As always, I am available to take your calls and address any thoughts or answer any questions that you may have. 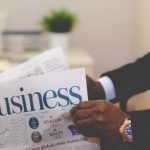 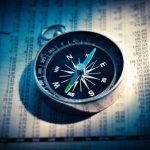