This has been one of the more challenging newsletter updates that I have written since I began providing market updates following the end of each calendar quarter. It is not because the data is difficult to interpret, but because the data changes from one day to the next and is often in conflict. The Federal Reserve Bank (The Fed) which is charged with maintaining stable economic conditions, has two primary jobs. Job one is to control inflation and market velocity by raising rates to make borrowing money more expensive and to slow the economy, or by lowering interest rates to make money less expensive to borrow, which should help to support economic growth. The Fed has historically determined that maintaining a median target inflation rate of 2% to 2.5% is a healthy rate of growth. Job two is to sustain an environment where most Americans are employed. Herein lies the conflict when either interest rates and/or unemployment is in a competitive situation.
The U.S. economy, as well as the economies of our global trading partners, remain red hot, with prices of goods and services inflating beyond healthy levels. The Fed, to slow inflation levels, has raised rates five times this year to curb the current inflation rate of 8.3%. The last three increases have each been 0.75%, bringing the full rate ranging from 3% to 3.25%. This is the highest Fed rate since 2008.
With the inflation rate showing little sign of slowing, it is anticipated that the Fed will again raise rates by 0.75% at their November meeting and perhaps another 0.5% in December should there be limited signs of inflation retreating following the next inflation report. With regard to the Fed’s second charge of creating jobs, they have certainly done that. The unemployment rate is currently 3.5%, or close to what would be considered full employment. That’s great for the American worker, but it is also what is partially fueling inflation. There are many people working, many people making money, and many people spending money. This heavy spending continues to fuel inflation because the cost of goods and services remains high. This is prompting the Fed to continue raising rates in order to slow down the economy. Rate increases tend to discourage borrowing and spending. Rising rates and low unemployment is a huge conflict and won’t be resolved until companies begin to cut down on hiring. There are indications that many companies are putting a hold on hiring and not rehiring some employees who have quit. Higher prices across the board will eventually slow down buying. The Fed would like to see unemployment closer to 5% in order to slow spending. This would also support the Fed cutting back on further interest rate hikes.
What is in store going forward? This has been a tough year for investors, with markets retreating to the 2020 lows. 2020 was a year that was impacted by the start of the COVID-19 pandemic. The most often asked question is whether a recession is coming. Fitch, one of the world’s top three credit rating agencies, assesses the ability of companies and nations around the world to repay their debt. Fitch believes that we will see a recession this upcoming spring; however, their assessment notes a mild recession, lasting perhaps 3 to 4 months. It is reasonable to support their theory considering that the U.S. economy and households are in better shape financially than in previous recessions. The banks are healthy, and employment is high. We are in a better position now than when businesses and schools were shut down in 2020 and the unemployment rate was 14.5%. Although a recession followed the 2020 shut down, it was short lived and lasted only 4 months, followed by 2 years of economic recovery and rising stock markets. The current environment provides support for a healthy recovery entering 2023. The Fitch outlook of a mild short-lived recession could possibly prove to be true. However, I am seeing signs of improvement and the sun peeking through the clouds.
I am an optimist. However, my optimism is shaped by almost four decades in the investment business and having experienced the ups and downs that come with bull markets, bear markets, recessions, and recoveries. Over the years our economy has continued to grow and to build value despite occasional setbacks from domestic and global events. This is the time to begin focusing on what we will need to do going forward and how we will allocate our investments when the smoke clears.
As always, I am available to address any questions that you may have. 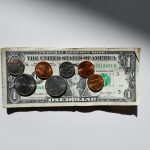