The second quarter of 2022 did not deliver any surprises. The theme continued with concerns over inflation. Questions have lingered as to whether there would be a recession and how many rate increases will The Federal Reserve act on to curb inflation. To date there has been no firm consensus as to whether the Fed’s rate increases would drive us into a recession.  So far analyst opinions have ranged from no recession, a modest short-lived recession, or a more protracted recession which could last for much of the year or perhaps into early 2023.  With the July 13 release of inflation data, which measured inflation running at 9%, it seems more than likely than not that we will experience a recession.  The “if” seems to be fading.  The question is now how deep and how far?  The last recession that we experienced in early 2020, as the pandemic impacted the world, lasted 2 months.  This was followed by two years of market gains.
The markets are down sharply over the past six months and corporate earnings have been ratcheted down to reflect the slowing economy. However, despite slower earnings, we have not seen dramatic changes made in earnings forecasts so far.  This is generally a good sign that the underlying market fundamentals are still intact.  Pepsi was the first to announce earnings on July 12 to start the second quarter earnings season reporting earnings growth of 5% over the same period in 2021.  We see some industries being affected more so during this environment, such as technology and housing; others like energy, healthcare and consumer staples should fare well.
It is difficult at this juncture to offer specific outcomes for the markets over the near term.  The economic data is still evolving, but it appears that actions taken so far have the economy’s attention.  Let me offer you a picture of what is happening in the short term.
Supply chain issues, as reported by the Fed, are showing signs of healing with most of Fed regions showing strong improvement in delivery times.  Interestingly, many retailers are reporting excess inventory.  This is setting up to perhaps see sales to clear that extra inventory. Although we are still seeing higher prices on almost everything that we buy, we should see prices peaking as the Fed continues to raise interest rates to curb inflationary pressure. On a positive note, gas prices have begun to come down and the U.S. is attempting to reestablish some form of energy independence.  The domestic oil production rose by 12 million barrels last month.  The price of a barrel of oil is back under $100.
The current fed funds rate is 1.75% with the Fed aiming for 3.5% as its target rate to control inflation.  Its last increase was .75% with another .75% expected at the July meeting to slow inflation.  This additional .75% now seems a certainty following the July 13 inflation report.  The Fed’s actions, so far, have had only a minor impact on curbing inflation, but the market is not ignoring the Fed’s efforts. The 10 Year Treasury, which is considered a benchmark for much economic activity, has dropped from a recent high of 3.3% to 2.9%.  This is a positive sign.  Additionally, 30-year mortgage rates have dropped from an average 5.9% to 5.6% this past week.  These numbers are reflecting an economic slowdown.
On the flip side, the employment data for June added 372,000 new jobs where only 250,000 additions were expected.  The unemployment rate remained at 3.6%.  The economy is not dead.  This rise in hiring provides mixed signals for the Fed. On the one hand the economy still has momentum and on the other the Fed will continue to raise rates to control inflation.
Despite global economic woes, the U.S. is still considered a global economic safe haven.  July 13 currency reports show that the Euro has dropped in value vs. the U.S. dollar and is now below the dollar which reflects Europe’s economic weakness.  This has not been the case for the past 20 years.  The Euro at its high was valued at 1.39 to 1 dollar in.  This is a significant drop in value for the Euro and clearly reflects that the U.S. dollar is a world leader and will remain the currency that the world wants to own.  We may be experiencing a difficult period, but we remain the economic leader. The global economies are looking for balance.  However, COVID is still active and new variants keep popping up around the world. Putin is causing havoc with Ukraine and blocking grain shipments from that country to many needy nations.  Ukraine is one of the largest producers of grain in the world.  We have been through much in the last few years with our own political divide.  However, I sense from experience that we will recover sharply and continue as a global leader.
I prefer at this point to provide you facts rather than extended forecasts.  It is to early in our recovery to make firm predictions.  The inflation numbers just reported were hotter than expected and appear to provide all the ammunition for a recession of some sort.  This will prompt the Fed to act strongly with at least another .75% rate hike, or maybe even 1%.  These sharp increases may well be repeated at the following Fed meeting.  This is not really bad news.  These actions should put an end to this inflationary hot streak and move us away from recessionary pressures.
It is uncomfortable to go through periods like what we are currently experiencing.  However, this is the time to stay focused and look further down the road to recovery.  History has shown that the financial markets most often have significant rebounds following a recession or an economic downturn.
I will keep you updated going forward.  As always, I am available to address questions that you may have. 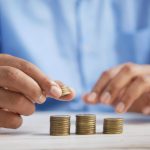 Commentary on the Market: First Quarter 2022 Market Overview and What is on the HorizonTicker 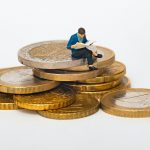